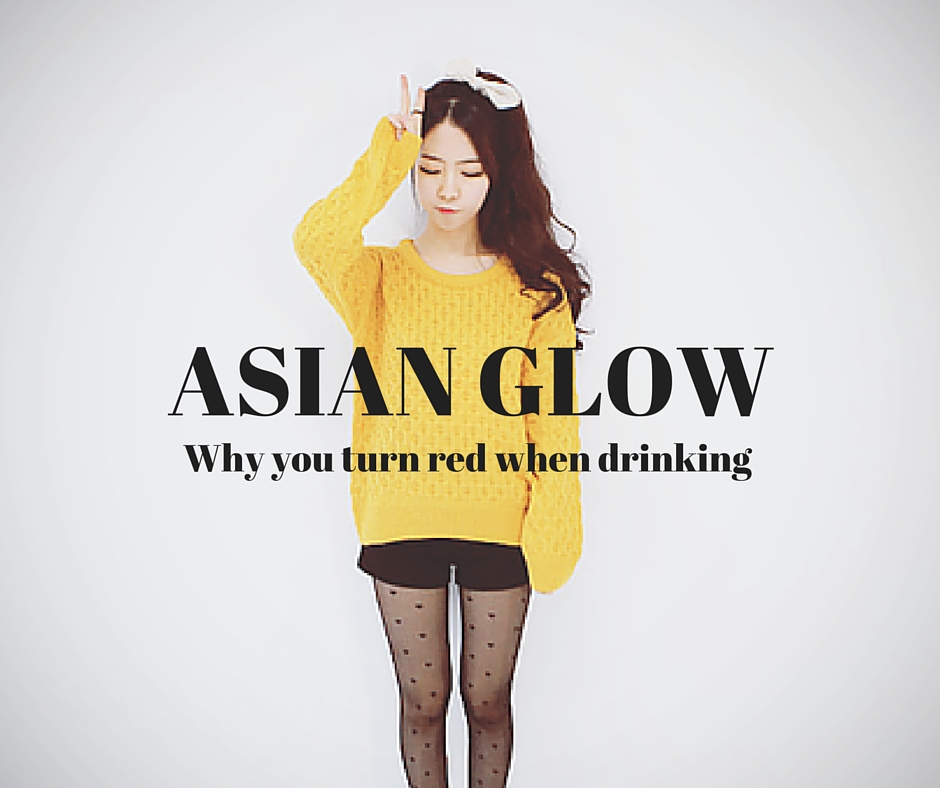 Hi, I’m that person you’ve seen at every party or bar you’ve ever been to. You know me. I’m the one who’s beet red and toppling over drunk after just one drink. If you’ve been out with me, you know that it’s simultaneously endearing and incredibly embarrassing. Or maybe you are me. Either way, there are some things you should know before the next time you go out drinking.

What I’m talking about is the Asian Glow, also referred to as the Asian Flush or Alcohol Flushing Response. You may have heard about it from this Buzzfeed article that came out in April last year, which is mostly accurate.

Asian flush is caused by a deficiency in part of the process that metabolizes alcohol, which causes the toxic and carcinogenic chemical acetaldehyde to build up and run free in your body. It is a hereditary condition which affects Eastern Asians, especially those of Japanese, Chinese, or Korean descent. It is thought that there are approximately 540 million people with this deficiency in the world.

Heavy drinking (4+ drinks per day) and even moderately heavy drinking (2-4 drinks per day) are shown to significantly increase risk of several types of cancers, heart disease, and high blood pressure in those with Asian flush. In particular, the risk for esophageal cancer is 6-10 times higher in drinkers with Asian flush than those who drink equivalent amounts but do not have the gene.

Sometimes these symptoms only present early on in your drinking years as you build tolerance over time. Even if you don’t get the flush now, if you had these symptoms when you first started drinking you most likely have the gene for Asian flush.

Frequently, people who have Asian flush will attempt to treat it using over the counter medications such as famotidine or antihistamines. While there is nothing intrinsically wrong with utilizing these medications, they only mask the symptoms. They DO NOT stop acetaldehyde from forming or protect your body from its negative effects. If you use these medications to drink heavily or frequently you are still at a significantly increased risk. In fact, your risk may be even higher than it would have been otherwise.

The good news is you don’t have to give up your evening glass of wine or a casual beer or two with friends. One alcoholic drink per day for women, or two per day for men, does not significantly increase risk for esophageal cancer associated with drinking for people with Asian Flush compared to those without. So raise a toast to your health, and remember to drink in moderation.

About Us
Better Drinking Culture is a grassroots organization led by people who believe in drinking better and living better. As advocates of the BDC, we believe in a healthier relationship with alcohol, one that doesn't include morning hangovers, pain, harm, or regrets. We live the example, share our stories, and empower others to do the same. Join us atBetterDrinkingCulture.org