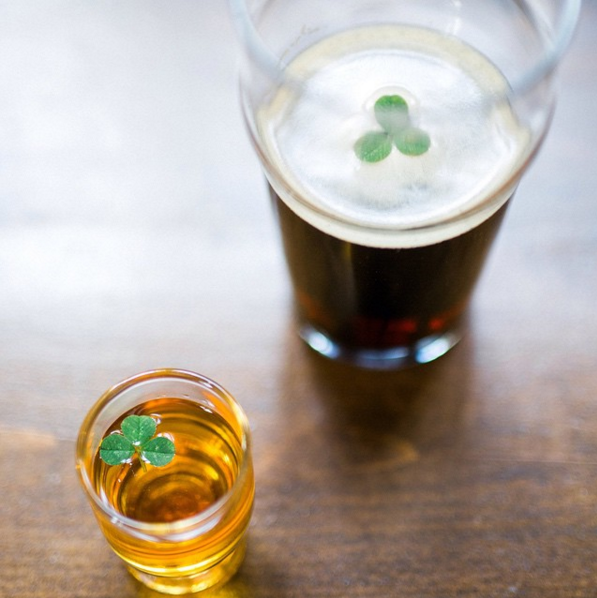 Get out your green, it's St. Patrick's Day! At Better Drinking Culture we thought we'd share some unique history behind the man of the hour and the fascinating traditions that surround this special day. From green beer to the official holiday colors (Blue?), you might be surprised at what you didn't know.

Saint Patrick isn't Irish... or even an official Saint.

This may come as a surprise, but St. Patrick wasn't actually Irish. Patrick was a born in Britain around 400 AD and kidnapped by Irish pirates at the age of 16. While held captive as a slave for over 17 years working as a shepherd, Patrick "found God," who instructed him to escape to the Irish coast and return home. After escaping, Patrick became a Catholic Priest, and later returned to Ireland as a missionary where he served the remainder of his life. Although considered a wonderful missionary, he was never officially canonized (becoming an official saint) by the catholic church. Patrick is a saint by name only... similar to how we would call Michael Jackson the "king of pop".

The symbol of the shamrock?

Although there is no evidence, legend has it that St. Patrick used the three-leaved shamrock to explain the Christian Holy Trinity. With St. Patrick's day becoming a holiday, supporters would wear a shamrock on their coat and then "drowning the shamrock" by placing it in a glass of whisky or beer before drinking. Today, the shamrock is more commonly used as a symbol for good-luck.

St. Patrick's Day began as a religious holiday in Ireland but became a celebratory affair because of Irish Americans, according to Timothy Meagher, a history professor at Catholic University in D.C. In the United States, St. Patrick's Day was first celebrated with banquets at elite clubs in Boston, Philadelphia, New York, Charleston, S.C., and Savannah, Ga., Meagher said.

New York City hosted the first St. Patrick's Day parade in 1762, and by the mid-19th century parades were common, he said. "The parades are a statement of showing our colors, showing our numbers, showing that we are powerful and important," Meagher said of the role of parades in celebrating Irish-American identity.

The official color was actually blue?

Believe it or not, the official holiday color started as blue. But for several reasons, green prevailed. Ireland is often referred to as the Emerald Isle, and its flag displays a green stripe. Irish Catholics typically wear green (Irish Protestants typically wear orange, the other prominent color on the Irish flag). And, of course, shamrocks are green, giving the color an added advantage.

The first green beer was made from what!?

Before food coloring, St. Patrick’s Day’s most festive brew got its hue from a different kind of dye. Most sources say that the idea for the hued brew was cooked up in New York City 101 years ago. (That’s right—green beer began as a purely American tradition.) That year, Dr. Thomas Hayes Curtin surprised party-goers with America's first green beer. The effect was created by a drop of "Wash Blue", an iron powder solution embedded with a dye and was once used to make dingy whites bright again. Combined with lager—presumably at a potency level low enough not to cause any non-booze related illnesses—it apparently made for a delightfully festive draft.

This, again, is actually more of an American than Irish tradition. It dates back to the 19th century, when most Irish Americans were poor and could only afford the cheapest meat possible, corned beef. As for cabbage, it’s most likely included simply because it’s a spring vegetable.

Pinching others who are not wearing green

Rumor has it that leprechauns — who are most often imagined wearing green getups — pinch those around them who are not sporting similarly green apparel. That has evolved into humans pinching each other to display the disapproval we think the leprechauns would be showing. You won’t be surprised to know that this, too, is a largely American tradition. The Irish leprechauns of yore didn’t even wear green. But that won’t stop strangers from taking a pinch, so choose your outfit wisely.