On occasion, when my wife tries to hold my hand she rubs it in such a way that I have to pull away. It’s a subtle, yet periodic reminder about the day after I graduated from Michigan State University, Class of 2001.

Jäger Bombs were cool back then. Trust me. They were. Red Bull was fairly new; it launched in the U.S. in ‘97. It didn’t take long for some mad scientist to drop a shot of Jäger into a half-glass of it, and change the college drinking game. At that time, guzzling that toxic combination was a show of binge-drinking popularity, and force.

After pre-drinking a fifth of Captain & Cokes with my college partying BFF before we’d even leave the house (Harmless, right?), our M.O. was often to continue accelerating by splashing back at least one or two Jäger Bombs once we got to the bar. You know where I’m talking about—“the bar.”

Same said friend, with whom I’m much closer today, and on much healthier terms (because I let drinking almost destroy our friendship), was co-hosting a backyard cookout at his buddy’s house just off campus the day after graduation. To celebrate what should be one of life’s biggest accomplishments at that point, I showed up with a case of Red Bull and corresponding half-gallon of Jäger. In hindsight, it was probably foreshadowing into the how I was going to spiral that party sideways. I had a knack for being a party starter, and within hours the ultimate buzz kill.

After sloppily scarfing a couple hot dogs, and I don’t remember how many .50¢ cans of budget-friendly beer, I brought out the two star ingredients so everyone knew I meant business. While distributing pours of Red Bull to everyone surrounding the centerpiece in the backyard — a charcoal grill built into what looked like a half of a fully exposed chimney — Heather, the girl I was seeing, started to complain about something insignificant, and obviously unmemorable. She was being a pain in my ass. That’s how my alcohol-induced brain perceived it. In any regard, I didn’t want to hear it, and then made sure everyone else knew it.

After exhausting about half of the Red Bull. And, as everyone was anxiously awaiting their shot of Jäger, Heather whispered something to me that set me off. At that precise moment, I was reaching into the full-sized brown paper grocery bag, and had both hands on the family-sized bottle of liqueur that was rumored to have deer’s blood in it. I yanked the bottle out of the bag, raised my voice to her, and said, “Heather. I don’t give a shit! Can you just back off?!”

Without letting go of it, I slammed the bottle down onto the grill’s brick foundation with serious followthrough, unintentionally smashing it into hundreds of shards of green glass. Instantly, I had regretted my decision. I knew I sliced my hand open, and had a feeling it was bad, really bad.

I’ve never been a fan of blood, so I was afraid to look down at the damage I had done to myself. I immediately cupped my split-open right hand with my undamaged left hand, looked at my best friend, and in a moment of faux sober clarity, calmly said, “It’s bad. I need to go to the hospital right now.”

He helped me into the kitchen so I could wash off the blood that, by then, had started to run down both arms, and flush out any of the culprit glass. By now, I have an audience surrounding me in the kitchen, and everyone wants to see the damage. I oblige, and catch a glimpse myself. I could see bone.

Reactions were a mix of “Eh… Ohhh!”, “Shit, man!”, and “J, you’re gonna need stitches.” Yeah, thanks for that encouragement. The only thing that kept me from losing it, from the escalated fear that I could lose mobility in my hand or finger and not be able to grip a drumstick naturally, was the fact I was so drunk I couldn’t truly comprehend its severity. My buddy wrapped my hand in a dish towel, and told me to keep as much pressure on it as I could.

The irony of all this was the instant karma I received: Heather happened to be the only sober person at the party because she was on some sort of prescription medication, smart enough to not mix the two, and my only opportunity at an immediate visit to the hospital. Let’s just say the ride there was awkward.

I remember being so ashamed of myself while getting stitched up. I was a disheveled mess, covered in my own blood and tiny pieces of glass that were scratching my chest through my Jäger-soaked T-shirt.

The young doctor was a good-looking guy, not much older than me, and sober. While he was stitching me up, I wondered if I was destined for more visits to the ER, or if I’d ever wise up and be able to achieve the same success as the guy saving my hand.

I snapped out of my self-reflection when I heard Heather comment to the doctor about not having a wedding ring on, and, I kid you not, asked him if he’d like to go out sometime. The guy looks up at me mid-stitch, his eyes saying, respectfully, “Um… This is weird???” Looking back at him, I whispered, “You can have her.”

I got close to 20 stitches along my right pinky finger, and at the base of its lowest knuckle. My drumming was not going to be interrupted, but I did sever multiple nerves, and could expect to lose some feeling along the injury.

After leaving the hospital, I had Heather swing by a party store. I felt obligated to replenish the half-gallon of Jäger I left in a pile back at the party. When we pulled up, I grabbed the bottle with my good hand, and closed her passenger door with a shove of my hip. She turned the car off, and came around to help me. Like the classy guy I was, I said, “Nah, I don’t think you’re coming back in.” She started crying, got back in her car, and drove away. I haven’t talked to her since. I shrugged her off, went back to the party, and did a Jäger Bomb, still ruined in blood and glass.

Grand Valley State University’s graduation was this past weekend, here in Grand Rapids, which made me think about the day I walked across the stage to receive my diploma, and the day after when I almost gave it all back. That was 16 years ago, and a lot has changed since then.

Nothing about that college drinking story is anything I’m proud of. When my wife holds my hand and softly rubs her fingers across the scars that are left, it tickles in a numb and uncomfortable way, which is why I sometimes have to pull away. It just doesn’t feel good.

There are going to be times when you’re pushed to make unhealthy decisions, and it’s going to be on you to do better for yourself and those you care about because you shouldn’t ever end up having to pull away. 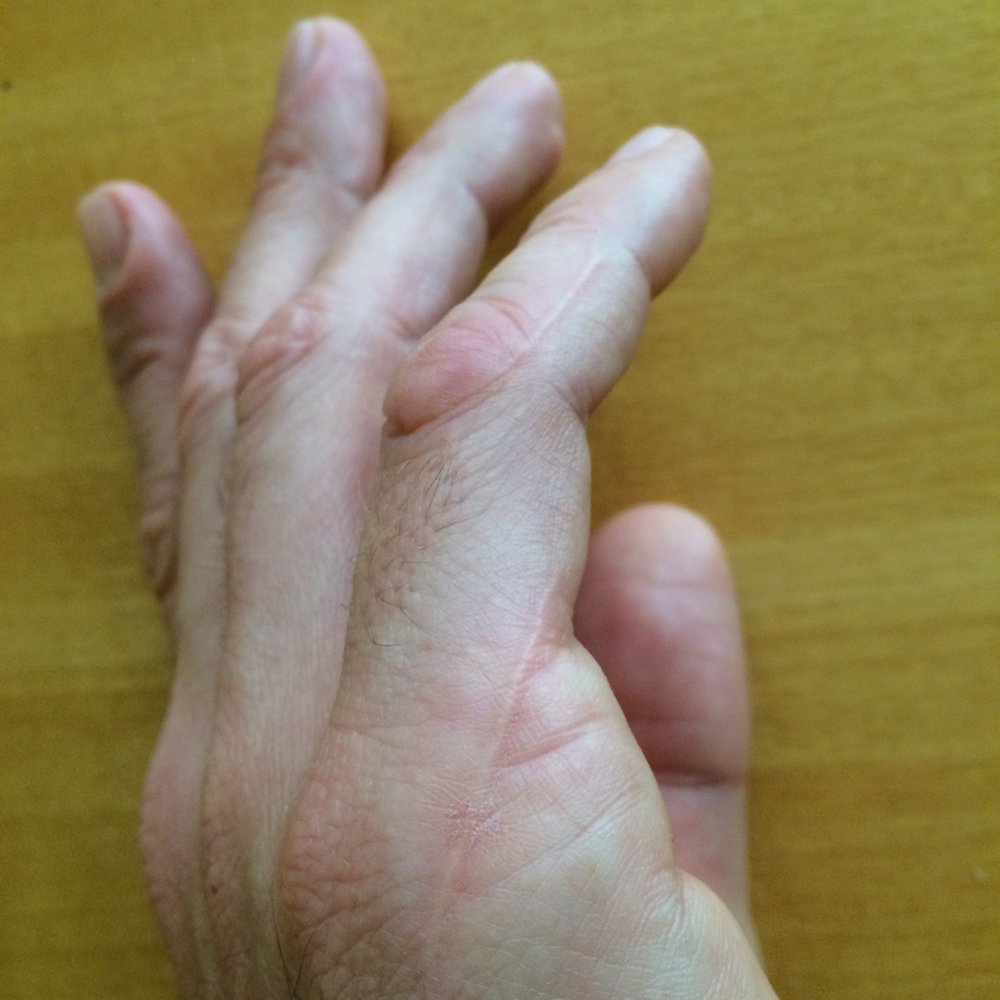