Prohibition — “the noble experiment” — was a complete, counterintuitive failure. The hooch got dirtier, the crime messier, the consumption higher. Even Congress, the arbiters of such bogus legislation, had their own bootlegger, “The Man in the Green Hat”, who snuck whiskey, moonshine, scotch and more to members of office. Surprise, it didn’t stick.

Welcome to 2019, where we’re swishing Rumple Minze like it’s Listerine. Look around. There’s a brewery on every block — temptation encroaching. Clearly, our culture loves booze, but we remain divided on what we’re supposed to do with it: drink as much as you can or not a drop at all? Enter Better Drinking Culture and its CEO Jason Ley, ardently steering the conversation somewhere toward the center. 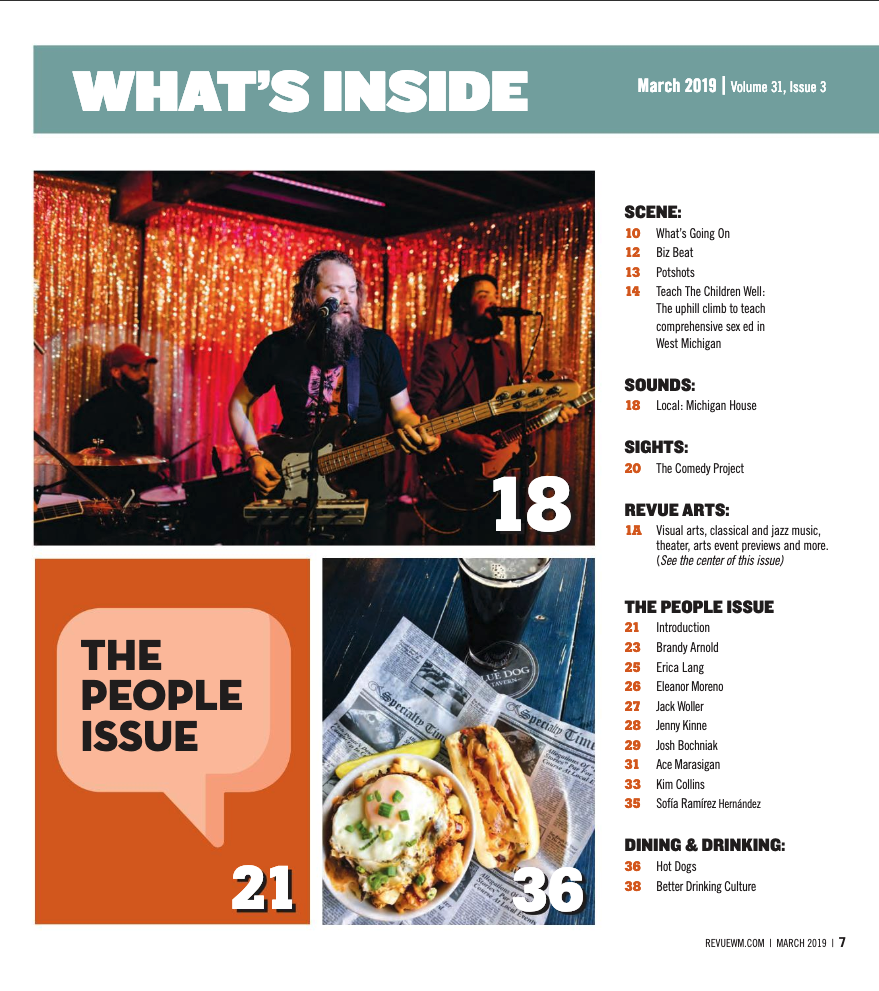 Ley is the sort of guy I wish I’d had as a guidance counselor — earnest, sage, enthusiastic about life. He cuts through bullshit like butter, dropping nuggets of wisdom between banter. While Ley has made his fair share of mistakes, he owns up to them, and ultimately, strives to prevent others from committing the same ones. Case in point, The Drinker’s Manifesto, BDC’s new book he wrote to help those interested in revising their relationship with alcohol. The Manifesto decodes the myth of hitting rock bottom, instead showing how we’re capable of change before self-destruction.

Ahead of its release this month, Revue met with Ley — over a beer even — to learn more about how we can meet alcohol in the middle and make our lives all the better for it.

What does a better drinking culture look like to you?

No one having to apologize for anything they did drunk. It all starts with our health. We are living in this vessel that has to get us from conception to death and it is not going to last that long if we waste it getting wasted. We firmly believe that if you choose to drink, you need to get your mind right and your heart right. The idea is simple, the execution isn’t. Every negative consequence associated with alcohol is associated with drinking too much of it.

Culture is where the shift happens. This is where taking the awareness of drinking mindfully and the knowledge about how your body reacts to alcohol and where you’re out doing it. When you combine those, that’s where a better drinking culture happens.

What demographic do you believe needs this book the most?

The next generation of drinkers. 4 million is, on average, the number of people who turn 21 in the US every year. The goal is to ultimately distribute 4 million copies of the book for free. For everyone who joins the Universal Mug Club, BDC earmarks a portion of the membership fee to buy back a copy of our book and gift it to a college student on their 21st birthday in the radius of where that membership was purchased.

The Drinker's Manifesto is intended to be the key lead educational resource for these next generation of drinkers on what a healthier relationship with alcohol looks like. The only education students really get is the mandatory orientation speech by a school counselor or the local police chief who comes in and warns you about MIP’s. 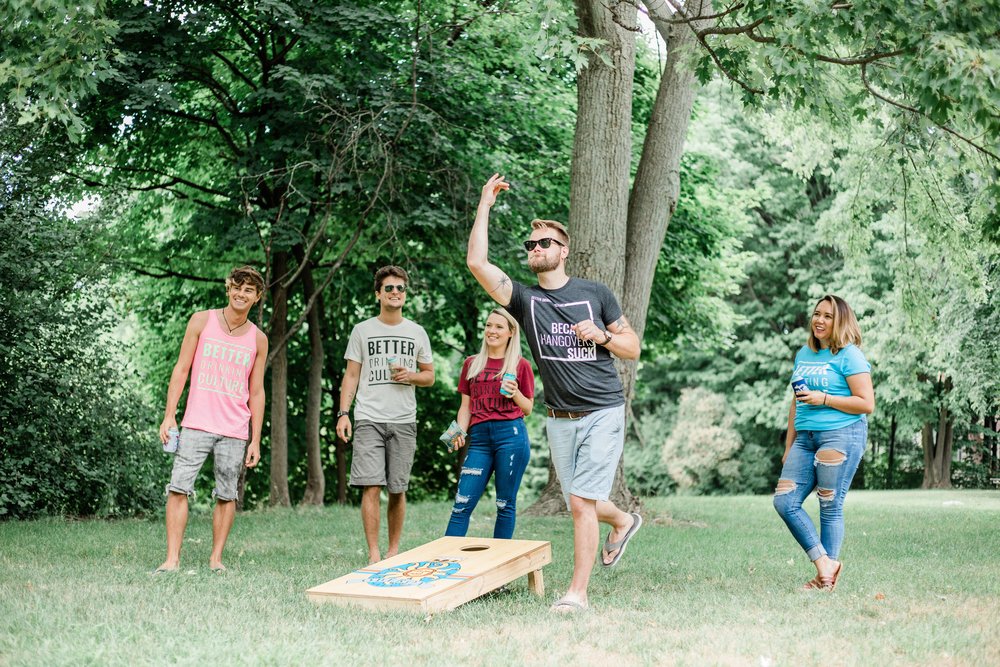 With this book, we were very intentional. It’s not going to read like a textbook. It’s not Game of Thrones, going to take you seasons to consume. We wrote this to be digested in one sitting. Most of the students who read it said they got through it in less than two hours.

How do we convince a generation of college students to not binge drink?

When a seventeen year old leaves to go to college, there’s no onboarding process for what the drinking scene looks like or what you’re supposed to expect. So you leave home, you move into your dorm and all of a sudden you’re upside down over a keg and you finish the night by doing as many shots as you can. And it hits you like a ton of bricks.

We’ve got to let them know that they’re worth more than a hangover the next day, worth more than everything they’re risking to party so their Instagram feed looks more crazy or glamorous. If BDC can be honest, transparent and vulnerable with the drinker then we’d like to think that we’re creating a platform where they can start evaluating their relationship with alcohol without us judging them. If people can read this book and recognize that their potential in life should not be measured by how much booze they can put down then I think that starts the shift.

I, and I’m sure many other readers, can identify with the baggage that follows a night of excessive drinking. It’s hard, but important to reckon with. How does the Manifesto avoid any preachiness?

It gets a little dicey because no one wants to get called out. I think to certain degree we need to be put in check but we don’t want to be shamed. BDC is not anti-alcohol and we’re not the fun police. For some people drinking alcohol is no longer an option and that’s because they’ve probably ruined their relationship with it. But what people really need to know is that while BDC may uncover the bandaid on some sensitivity, no one should feel like a failure just because they failed on a night out drinking.

If we can get one person to recognize that they allowed drinking to take precedent over their own health, safety and well-being then we’re doing our job. We want to elevate the confidence in people to the point where moderation becomes aspirational. Where moderation is the new binge-drinking. 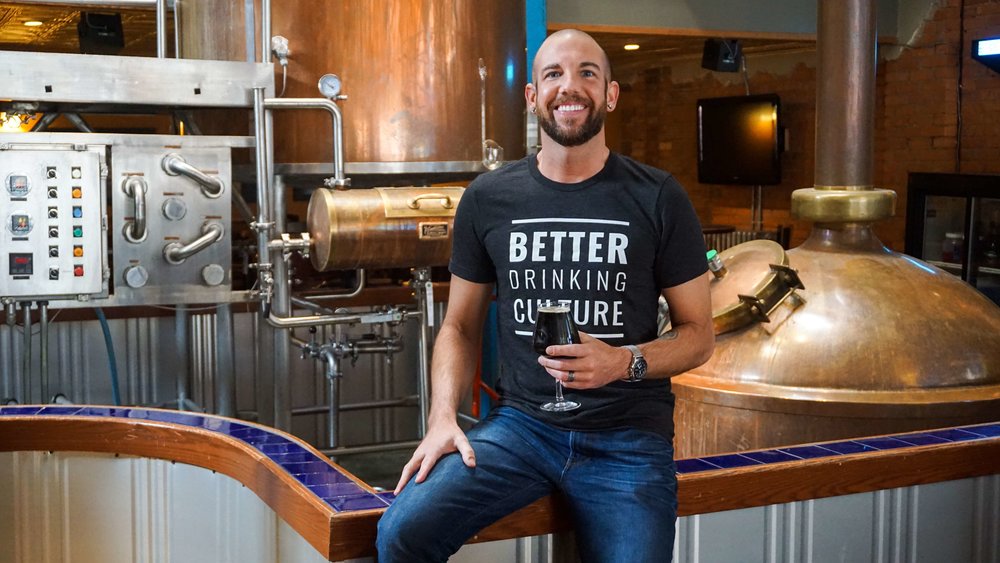 I think that BDC gains a lot of credibility by having so many allies within the industry. It shows that our community actively wants to be better.

This book is particularly valuable to a city like Grand Rapids who is known as Beer City USA. If the reputation wants to be upheld and respected then I think what comes with that is an equal respect for cultivating consumers and businesses who hold themselves to a higher standard. We can rally together and say this is not going to be a place you can come to and destroy just because you want to tackle as many breweries you can in a 24 hour period. Rather, we want to create a holistically better experience for both those who live here and those who visit. If you ask any business if they would rather have someone show up who respects their business or someone who pukes in the urinal, you know the answer they’re going to give.

There seems to be a tension between the capitalist nature of wanting to sell as much alcohol as you can and having consumers drink it responsibly.

There’s a reason why BDC hasn’t tried to integrate into the night clubs along the Vegas strip. Right now that’s oil and water. We have to build the momentum with advocates in the industry who do realize that we’re not trying to lower their bottom line. We’re trying to enhance it.

How do you respond to the naysayers who call the Manifesto too stringent?

There’s not an expectation of perfection. You don’t have to feel pressured to be this shining example of a human being is you believe in BDC. You don’t have to drink alcohol to believe in BDC. If you believe alcohol should be a choice and not an expectation and if you agree that mornings are better without hangovers, you’re in. We’re all flawed, we’re all going to stumble along the way. But what you should know is that drinking better is an option and that we’ll always have your back. 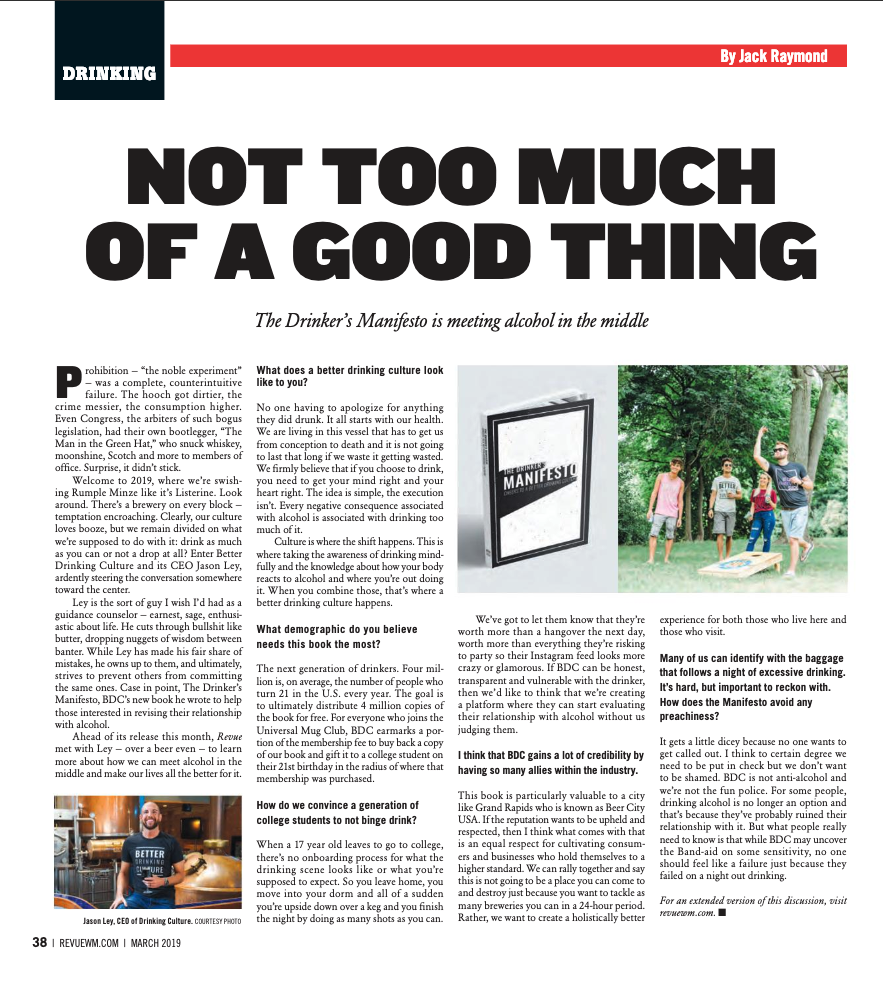