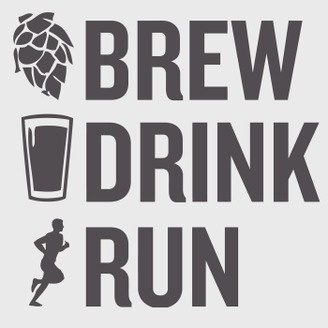 This article was originally posted by Amanda Macmillian of Outdoor Magazine.

I enjoy beer in moderation, even when training for races. But I have friends who stop drinking entirely for a month leading up to the big day. Are they on to something?

For athletes who enjoy alcohol in moderation, it's hard to say how much of a difference, if any, they'll notice by giving it up entirely.

That's because not much has been studied on the long-term effects of moderate drinking versus teetotaling on performance. "This is a very difficult and specific question," says Matthew Barnes, a professor of sport and medicine, and a prominent researcher on alcohol and exercise at New Zealand's Massey University. "Most alcohol research, including my own, has looked at acute responses to alcohol, either before or after exercise."

In other words, we know that drinking in the hours prior to a workout is a bad idea—reduced coordination, for instance, can increase your injury risk. And we know that drinking immediately following a workout impairs recovery by interfering with muscles’ repair process. But in general, says Barnes, the effects of alcohol in moderation—defined as one drink a day for women and two drinks a day for men—are less clear.

Jakob Vingren, a professor of kinesiology at the University of North Texas, is studying how post-workout booze affects muscle growth and repair; his team hopes to find out just how many beers, or in what time frame after exercise, it takes to see negative effects. In terms of drinking moderately while training for a fitness event, however, Vingren doesn't see much harm.

"If you have one beer here and there or you have a drink with dinner, that's not going to make a difference in a race that's two weeks away," he says. But there's a catch: If you’re sipping those occasional drinks right after hard workouts, you could potentially be sabotaging your training.

Say, for example, you're doing a marathon next month. After your last long training run this weekend, you kick back and enjoy a few beers. Or, on weeknights after hard speed-work sessions, you drink wine with dinner. Even in low doses, says Vingren, alcohol can contribute to dehydration and compromise the body's ability to repair from and adapt to these types of workouts—especially if you're not also drinking plenty of water and refueling with protein.

If that's the case, giving up those drinks could theoretically leave you stronger, faster, and more prepared on race day. Quitting alcohol may also help you sleep better, says Barnes, especially if you tend to drink before bed on a regular basis—and getting plenty of sleep can also speed muscle recovery.

Cutting out booze may also help you lose a few pounds, which, by some estimates, will shave a few seconds per mile off your race time. Skipping your daily 200-calorie microbrew, for example, will save you about 6,000 calories over the course of a month. That's roughly equivalent to 1.7 pounds, assuming you're not compensating for your good behavior with seconds on dinner or extra desserts.

Perhaps 2014 Boston Marathon winner Meb Keflezighi best lays out the framework for moderate drinking in his new book, Meb for Mortals. "If you're one of the many runners who enjoy a post-race beer or a glass of wine with dinner, I'm okay with that," he writes (although he notes that he almost never drinks himself). "But be sure you're completely rehydrated from the day's running before you have any alcohol; otherwise, you'll slow your recovery."

Bottom line: Unless you're skimping on water or not refueling properly after your training runs, moderate drinking probably won't have a noticeable effect on your race performance. But your friends' strategy may still be a wise one. "Let's put it this way: I certainly don't see a benefit to drinking while training," Vingren says, "and if you're worried about whether it's affecting you, it may be worth cutting out."