April is Alcohol Awareness Month and Sexual Assault Awareness Month. When we originally assigned blog assignments to our writers to cover these issues, which regularly includes the open door opportunity for them to pitch us their own ideas, one of our writers, Ashley, offered to share her own story. With April now just a couple days behind us, we thought it would be a perfect time to remind ourselves that both of these rather sensitive topics shouldn’t be limited to just one month. And, with amazing people like Ashley sharing their stories, we hope that it provides some light and inspiration to others.

Ashley’s experience, as you’ll read below, is just one example of the devastating unintended consequences of a night out when partying hard is intentional. These Alcohol Awareness stats are exactly why we are passionate about sharing stories like Ashley’s to make an impact on our drinking culture.

BDC: Ashley, first—thank you for sharing your story. What compelled you?

Ashley: As I’ve started writing for BDC, it’s helped me reflect on my own relationship with alcohol and, although there wasn’t one particular experience that made me change my drinking habits, one ugly experience stands out in my mind as the lowest point in my past regarding drinking and intimacy. It’s no surprise that when we binge drink it leads us into situations where our impaired judgement makes us more susceptible to making regrettable mistakes, puts us in vulnerable positions where we could be taken advantage of, and also has this poisoning effect where we might even end up blaming ourselves for something terrible done to us. Regardless of whether you were the one drunk or not.

You blamed yourself for what happened?

It took me a few years to really admit that what happened was sexual assault because I told myself that it was my fault because of how drunk I got the night it happened. In the college binge-drinking culture, it’s seen as normal because these scenarios happen all the time. And, the thing is—you don’t have to be hammered or blacked-out to end up engaging with someone sexually who you wouldn’t sober. Even “just a few” drinks can cloud your judgment.

Are you comfortable shedding some light on how the situation unfolded? Did you go out that night with the intention to consume as much as you did, were you drugged?

I had a formal that night, and yeah—I did plan to get really drunk, which was pretty custom for me during that time in my life. My date showed up with a handle of honey-flavored whiskey, which I asked him to pick up on his way. As soon as I cracked open the bottle, I just kept taking shot after shot. I was basically already blacked-out by the time we actually got to the formal. Then, in true form, I ended up puking on myself and getting told to leave shortly after we got there. That was obviously not part of the plan, but we know it comes with the territory.

How well did you know your date?

He was somewhere between a casual friend and a blind date. We partied together, he was friends with a lot of my friends. I asked him to be my date because I knew he’d look good in photos, and I wasn't seeing anyone seriously at the time. We had never previously been intimate and/or close.

You’re already in rough shape by the time you barely made it into the formal. Were you aware of what was happening in the moment?

So the morning after, I woke up in his bed, and assumed that he had taken care of me. Once I woke up, he started making out with me, and then abruptly went to his drawer to get a condom. I pushed his hand away to signify that I wasn't interested in having sex, so we just kept making out, and I ended up leaving shortly after. While we were texting the next evening, he said something about how I was "so good" the night of the formal. I was confused because I didn’t remember anything, so I asked what he meant. He then realized that I wasn't aware we had sex, and replied with something ridiculous like, “OMG, I hate when this happens."

What did you do about it once you found out?

At the time, it really wasn't a big deal to me at all. Blacking out and having sex was something most of my friends did at the time, but it wasn't something I normally did. I blamed myself for drinking so much and "leading him on" by bringing him to the formal—because of that unspoken expectation that sex is supposed to follow. I didn't even classify it as rape in my own head until at least a year later.

That’s heavy, Ashley. I’m sorry you had to endure that. How has your perspective on everything changed since?

I've recently been single and mostly sober for the first time in my life. I'm realizing how different things are and can be. Even simple things like a kiss after a first date are something that I'm actually aware of, and very intentional about whether I choose to engage with them or not. Previously, I had always had a few drinks on dates, let some making out happen afterward (whether I was really into it or not), and then decided if I wanted to see that person again. Now that I'm not letting alcohol cloud my judgment, I'm being completely honest with myself about any type of sexual behavior that I engage in. That's not to say you can't have a few drinks on a first date or a second or a third, but embracing a healthier relationship with alcohol can really change your perspective on how you date—for the better, and hopefully help avoid those unnecessary hookups and the dangers that can follow. Before now, I don't think I had ever even had a sober first kiss in my adult life, and despite how awkward you think it might be, it's actually pretty awesome. 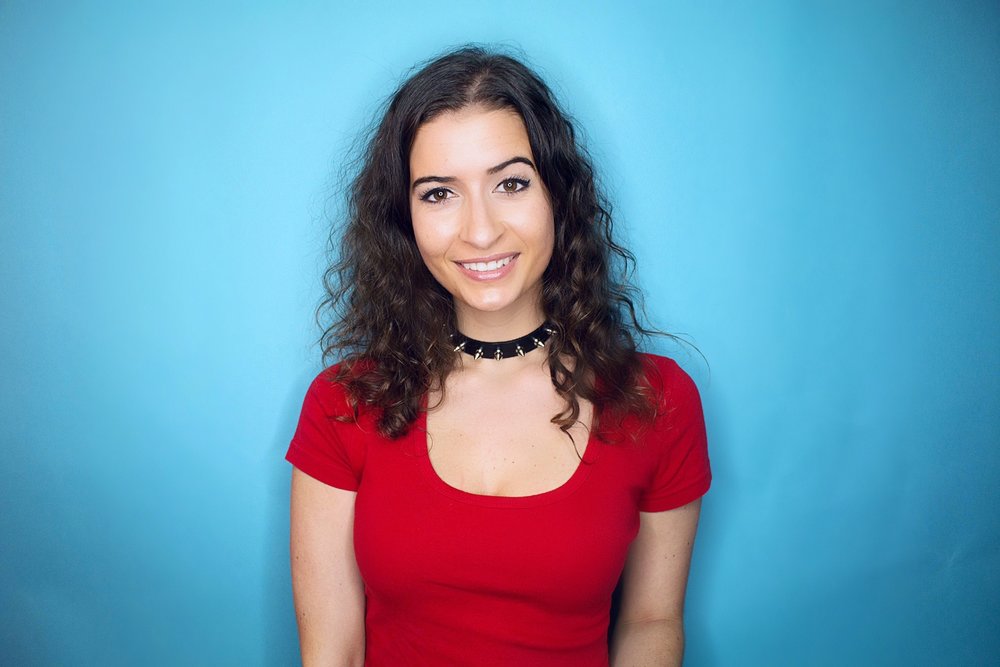