…continued from How I discovered my future at a beer and food pairing.

I created a reality show about craft beer enthusiasts hunting their bucket list beers, titled Modern Ahabs, and filmed its pilot episode (about Founders Brewing Co.’s iconic KBS) in March 2016. After I premiered it last summer, I got an email out of the blue from Cam on August 17. It came in through the contact form from the show’s website, so I thought I was doing something right.

“I’m the founder of Better Drinking Culture, and would love to connect to learn more about the projects you are working on, and share some ideas and vision I have going on as well (might be some shared opportunities).”

His introduction affected me in two ways. One: He didn’t know it, but I had been a fan of BDC since the first time I discovered it. Two: After countless efforts I had personally made over the last two years to reach out to experts connected in the craft beer industry to network my foot in the door, having picked up the tab on dozens of conversations over beers to learn from people I respected, Cam’s email was the first time someone asked for my time in that capacity. I was humbled that someone wanted to meet me.

We sat outside on the patio at HopCat on September 15. I ordered a beer; Cam ordered a water. And, we started to get to know each other. 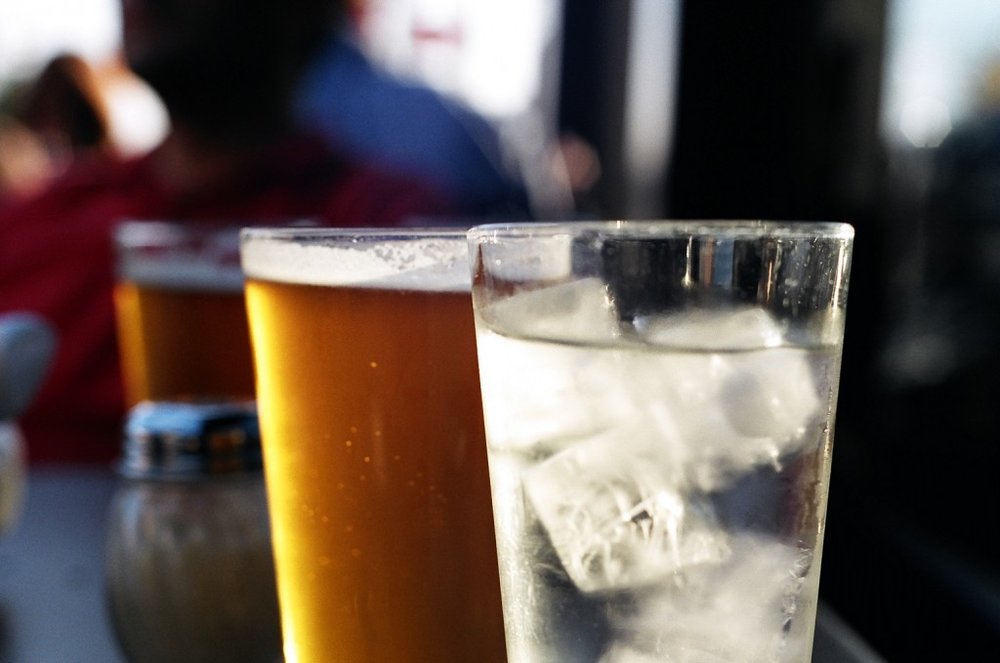 He asked for my story. Not just what I do, but who I am, why I am, where I want to be, and when I want to get there. He listened, he cared. With intention. So, I kept sharing. I had no reason not to. Cam was approachable, kind, and genuine. I was immediately drawn to his character.

Before I asked him to do the same — share his story — I told him how I found BDC, and how excited I was to get his email.

I can’t give away the secret sauce just yet, but trust that Cam went pretty open book with me, too. I learned why he ordered a water, and why he wasn’t bothered that I ordered a beer.

If I haven’t written it before, this probably won’t be the last time I express how much I respect someone when they allow themselves to be vulnerable. It’s at those moments when people really become human with each other. Cam shared more than he had to with me, both personally and professionally.

He gave me a brief, elevated view of his long-term, global vision for BDC, and it far exceeded anything I expected to learn that day over lunch. I told Cam, “Man… I wish I would’ve thought of that!” I was serious, and seriously impressed at how he planned to position BDC as a major game changer.

Our conversation shifted into an impromptu brainstorming session. I started firing “What if…!” ideas at him one after another, and he did the same. They started to compile into a motivational to do list, one that I had no idea I’d soon be responsible for.

As we finished lunch, having to get back to our respective days, I told Cam I’d send him a recap of the notes I took. I left inspired, innocently excited that I might’ve contributed in some small way to a movement that I didn’t know mattered so much to me.